Welcome to your introduction to state of the art surgical training from one of North America’s top male reproductive health surgeons. This website is Dr. Pollock’s official invitation to participate in a hands-on approach to learning the no-scalpel, no-needle vasectomy procedure.

The course is taught in a one-on-one, hands-on live patient training format. You will participate in procedures and eventually perform many dozens under supervision as part of the training experience.

In his current practice Dr. Pollock has performed over 40,000 vasectomies, making him one of the world’s most experienced surgeons in this procedure.

Please contact us to see if you can benefit from our vasectomy training and the Gentle Procedures business model.

Get More Information
Book a Call with Dr Pollock

About Your Vasectomy Instructor

Dr. Neil Pollock is a Vancouver physician who, after 10 years in family practice, decided to focus his practice on and invest significant efforts in researching and performing the No-Scalpel Vasectomy (NSV) Technique. He is the largest provider of vasectomy in the province of British Columbia, according to MSP of B.C.

After studying with many of the pioneers of NSV throughout North America, Dr. Pollock developed his own No-Scalpel Vasectomy technique incorporating what he observed to be the most effective elements of their varying styles. He introduced the combination technique of “No- Scalpel No-Needle No-Metal Clips Vasectomy” in Canada. He is highly experienced in the NSV technique, receiving close to 2000 referrals per year, at his two offices located in the Greater Vancouver area.

Dr. Pollock is a clinical instructor in the NSV technique for physicians in training, and was a trainer for the AVSC (Access to Voluntary and Safe Contraception), the organization which is now called Engender Health, that brought NSV to North America. He frequently lectures on NSV as an invited guest at many hospitals and conferences.

Numerous articles have been written about Dr. Pollock in both local and national, medical and non-medical publications. His commentaries and original research in his various areas of interest have also been published in national and international medical publications. In addition, Dr. Pollock has made appearances on local and national television news.

Dr. Pollock was one of the two Canadian physicians (Dr. Michel Labrecque at Laval University being the other) to participate in “Expert Consultation in Vasectomy” which took place in Washington, DC. Physicians and researchers considered to be national and international experts in the field of vasectomy and contraceptive health were invited to this meeting to evaluate current research and collaborate on a consensus statement. The statement was comprised of new and important research findings that could then be distributed to various medical communities around the world.

No-Scalpel no-needle vasectomy, coupled with the open-ended vas method is widely being adopted as the reference in vasectomy procedures.

The course given one-on-one by Dr. Pollock will focus on the surgical methods and skills key to the method. Topics will include anatomy, surgical technique, minimizing complications, treating complications, pre and post-operative care routines.

The course is unique in that it offers an in depth look at the surgical process in a very intensive and organized manner. To our knowledge, there is no other comparable surgical training course offered anywhere else in the world today.

Our no-scalpel no-needle vasectomy instruction is a key component of the Gentle Procedures business opportunity for doctors.

To begin, each applicant will be guided through a detailed information booklet and review surgical videos. Next, they will progress to operating on constructed models while being provided with detailed feedback as they improve their technique. Then, the applicant will assist in, or perform with guidance, vasectomies on live patients. There will be dozens of live vasectomies to perform each day of the training.

The duration of the course will depend on the dexterity, knowledge and prior training of the applicant.

Typically, an MD will spend 10 to 20 days with Dr. Pollock, depending on prior experience.

The pace of the course will progress at a rate that is comfortable for the trainee.

Dr. Pollock emphasizes that each trainee must work towards acquiring knowledge and skills to be able to perform a safe and painless surgery that is also of the highest aesthetic standard. The use of an air pressure injector is key to the no-needle method, and the no-scalpel procedure supports the objectives of minimizing scarring and potential complications. 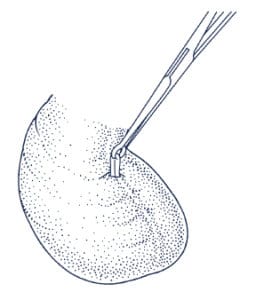 No-Scalpel Vasectomy: Pulling out one of the two vas tubes 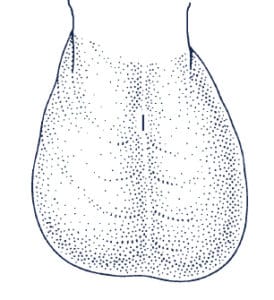 No-Scalpel Vasectomy: No stitches are needed to close the tiny opening

Please get in touch to discuss potential next steps toward vasectomy training and becoming a Gentle Procedures affiliated doctor.

Our vasectomy training course is the foundation of the Gentle Procedures program that also includes support in marketing your vasectomy services in your city.

I have been a practising Urologist for about 20 years and Gentle Procedures arrived at the right time in my life. I want to position myself for an ongoing successful career in a way that is consistent with my professional and personal outlook.

Gentle Procedures offers excellent opportunities because it’s a successful and growing organization with a solid base of good people. Leadership within the organization is fair, responsive, and collaborative.

Neil Pollock’s hands-on approach to training is superior to what I have seen at large institutions. He is very interactive, and makes no compromises in how he operates and how he looks after his patients and his business. As a surgeon, I can say that I have respect for his technical ability, his attention to detail, his availability to his customers, and his contribution to charitable activities.

MENU
Contact Us
Media & Resources
Gentle Procedures in the News